House of Sky and Breath (formerly)

Lehabah was a guardian at Griffin Antiquities and Bryce's friend.

Lehabah was extremely open regarding the fact that she was marked with the letters of slavery only moments after she was born.

At an unspecified point in time, she was purchased by Jesiba Roga to guard the forbidden books and contraband hidden in the main archive room of Griffin Antiquities. She befriended Bryce after she got a job there.

Lehabah was prone to gossip. She liked to talk and watch trashy dramas instead of focusing on her work at Griffin Antiquities. She did, however, take her job seriously when appropriate and would keep the books in the remains of the Parthos library in line if one tried to escape or misbehave. She was incredibly perceptive and was able to see and understand the true nature of others, such as when she told Hunt that Bryce "acted mean" but was really "a big softie."

Despite her somewhat flippant behaviour, she cared deeply about Bryce and her friends, though she had on occasion admitted that Danika Fendyr was "mean" to her. She was also somewhat interested in men, showing vague and passing interest in and physical attraction to Hunt Athalar and Ruhn Danaan, among others.

Lehabah had a tattoo with the letters SPQM on her simmering skin, which had been stamped on her arm within moments of her birth.

She tends to change colour depending on her emotions, as she was described as turning raspberry red when she was blushing from embarrassment and a bright blue when she became furious and threatening.

As a fire sprite, Lehabah's was completely made of flames. She was able to change the color of her flames (and presumably the temperature of them as well) based on her moods, ranging from a yellow-orange to raspberry to a cool blue shade. She was able to project fireballs from her body that was powerful enough to shatter the glass tank of a Nøkk that had been protected with spells by Jesiba Roga.

Lehabah and Bryce were quite close. The sprite found Bryce cold at times and they sometimes had small fights, but overall they cared for each other. Lehabah cared about Bryce so much that she sacrificed her life in the Griffin Antiquities archive to buy Bryce some time to kill Micah Domitus when he attacked them during the Summit. Likewise, Bryce cared about Lele so much that she added to her already considerable debt with Jesiba in order to purchase her freedom.

Jesiba was Lehabah's most recent master and owner. Lehabah complained sometimes about Jesiba's coldness and they weren't particularly close, but there was no conflict or disdain between them. 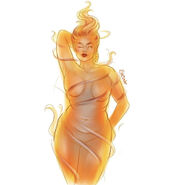 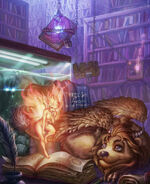 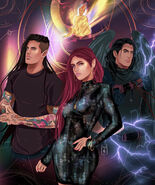 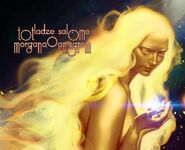