Fury Axtar, is an infamous assassin who spends most of her time doing disgusting things for money.

Her attendance at Crescent City University was only a front for a mission. This is where she met Bryce, Danika, and Juniper.

Fury has onyx hair, which was long but is now in a short bob. She also has chestnut eyes and light brown skin.

Fury met Juniper when attending Crescent City University, but though they initially appeared to be close friends, the two of them are actually lovers. 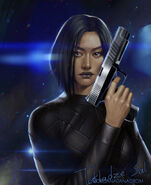 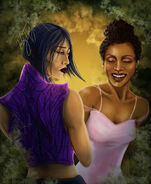 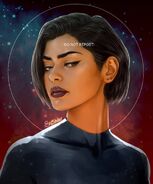 by Xena Fay
Add a photo to this gallery

Retrieved from "https://crescentcity.fandom.com/wiki/Fury_Axtar?oldid=3163"
Community content is available under CC-BY-SA unless otherwise noted.